Showing posts from January, 2017
Show All

Local Labourites should stop sucking up to republican Corbyn 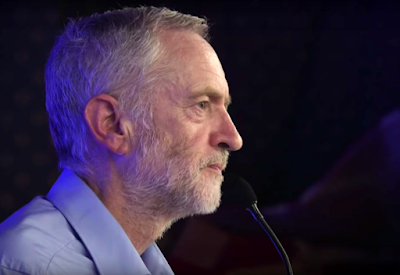 Whether or not you agree with their views, Labour activists in Northern Ireland are an indefatigable bunch.  Since 2003, when the party was obliged to accept local members, a small group of enthusiasts has implored, badgered and reasoned with its leaders, in a doomed attempt to have them stand candidates in elections here. Their argument, based on the idea that all UK voters should have a say in who forms their national government, is strong, and it receives a polite hearing.  The responses range from enthusiasm - Andy Burnham, promised he’d support candidates in Northern Ireland if he became party leader - to indifference - Ed Miliband repeatedly offered to review the position - to diplomatic opposition. However, Jeremy Corbyn is surely the least likely Labour leader in modern history to back the LPNI’s cause.  He is a veteran supporter of Irish unity and an unabashed friend of Sinn Fein.   Far from supporting ‘equal citizenship’ for voters here, he believes that the British state is an…
1 comment
Read more

The Renewable Heat Incentive is the superficial reason that there will almost certainly be an early election in Northern Ireland, less than a year after the last poll.  The deeper cause is a broken political system that entrenches sectarian headcounts and encourages parties to provoke endless mini crises, when they don’t get their way.  Politics at Stormont is stuck in a repeating loop, where periods of inactive stability are followed by tantrums, emergency talks and ambiguous, meaningless ‘agreements’ that promise things will be sorted out properly later.  So far, this pattern has allowed the power-sharing institutions to lurch on unsteadily, but, until it is broken, people here have few prospects of competent government, a thriving economy or a harmonious society.In a normal political system, an election would allow the public to hold its political leaders to account and, potentially, vote a new set into office.  I…
1 comment
Read more 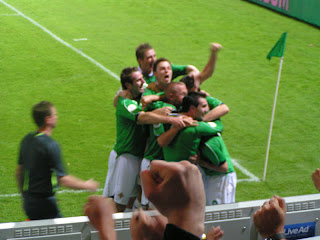 The Green and White Army has been dragged unwillingly into city council politics in Belfast once again.  SDLP councillor, Declan Boyle, proposed a motion calling for the Northern Ireland football team to boycott World Cup 2018, due to take place in Russia, in protest at that country’s participation in the war in Syria.
Mr Boyle attracted fewer than one thousand votes in the last local election, but he’s used his mandate to urge a national football association to intervene in one of the thorniest geopolitical issues in the world today.  The absurd grandiosity of his motion aside, it shows a flimsy grasp of the complexity of a vicious civil war in Syria.
Russia’s military support for Bashar al-Assad’s regime is controversial and its methods brutal, but it exposed the ineffectiveness of western countries’ tactics and acted decisively to defeat Islamists in Palmyra and Aleppo.  Meanwhile, the US and European countries have pursued a confused policy, including backing tacitly groups linked …
2 comments
Read more
More posts