Showing posts from 2016
Show All

If you blame Russia for nearly everything you're a xenophobic bigot.

December 20, 2016
There’s an entire sub-genre of political commentary devoted to pointing out the intolerances and hypocrisies of self-described ‘liberals’.  So it’s not a new observation that some of the people who take most pride in being ‘broad-minded’ actually harbour the deepest, most implacable prejudices.  In fact it’s been a vintage year for liberal illiberalism, fuelled by anger at the outcome of the Brexit referendum and Donald Trump’s victory in the US election.

Some commentators attribute those election results to a rise in xenophobic or racist attitudes.  In other words, they allege that voters are currently more inclined to feel negatively toward entire groups of people, based on nationality or perceived background.  A worrying development, most would agree.  Except that some groups of people, indeed some nationalities, are subjected to sweeping generalisations by the same commentators, sometimes in the same articles.

SF want unionists to forget that Northern Ireland issue is about sovereignty, not identity.

December 12, 2016
For some years now, Sinn Fein’s representatives have been spouting platitudes about accommodating unionists in an “agreed Ireland”.  The party’s latest bout of navel-gazing is prompted (it claims) by the aftermath of of the EU referendum. Brexit, Sinn Fein says, “changes everything”, including the assumption that unionists will necessarily oppose “Irish unity”.
In its new document, Towards a United Ireland, the party proposes a series of ideas to recognise the “unique identity of Northern unionists and the British cultural identity”.
Alex Kane does a good job of debunking the view that unionism, or Northern Ireland as an entity, can survive Irish unity.  I agree with him.  Unfortunately, though, the notion that the political divide in Northern Ireland centres on identity rather than sovereignty is deeply ingrained, and not just among nationalists.
Over the past few decades, Sinn Fein has changed the way it talks about unionists, either because its ideologues genuinely think differently…
1 comment
Read more

Competence, not electoral flirtation, the way forward for UUP & SDLP

October 28, 2016
Is there a party more promiscuous, politically, than the Ulster Unionists?  For ten years, atleast, the UUP has tried to meet “the one”, to help it secure electoral success and greater influence.  Back in 2006, Ulster Unionists persuaded former PUP MLA, David Ervine, to join their Assembly group, in an attempt to gain an extra Executive minister, though the arrangement was thwarted eventually by Stormont’s rules.  Then they fought two elections with the Conservatives, under the clumsy title, Ulster Conservatives and Unionists - New Force.
At the last Westminster election, Ulster Unionists struck electoral deals with both the DUP and independent unionist, Sylvia Hermon.  In Fermanagh South Tyrone, both main unionist parties campaigned for Tom Elliott, while the UUP stood aside in North Belfast, East Belfast and North Down, to give rival candidates a free run. 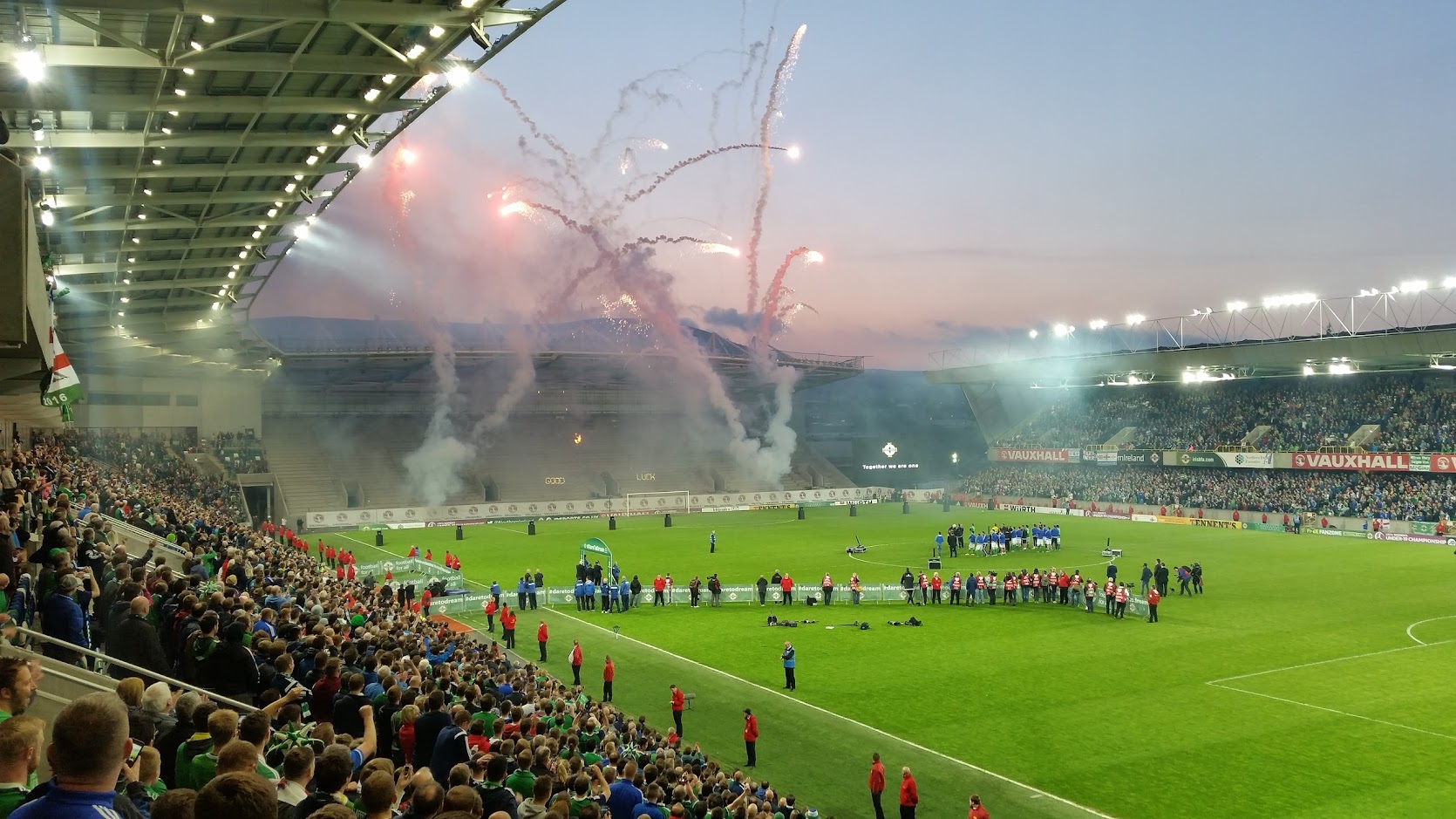 The World Cup Qualifiers are about to get serious for Michael O’Neill and his Northern Ireland team.  After taking four points from their first three games, the Ulstermen must beat Azerbaijan on November 11th at the National Stadium, if they harbour realistic hopes of reaching the finals tournament in Russia.

Then, for 2017, four consecutive matches are scheduled, at home against Norway and the Czech Republic, and away against San Marino and Azerbaijan, that are all potentially winnable.

Earlier this month, Northern Ireland put in a spirited enough performance in Hanover, losing 2-0 to Germany, who scored both their goals early in the first half.  There’s little doubt though that the Germans will win Group C comfortably.  That leaves the Czech Republic, Norway and, potentially, in-form Azerbaijan, vying with O’Neill’s team for second place.

Northern Ireland’s task is to win this four country ‘mini-group’ and inflict another defeat on San Marino.  Then, in October 2017, Germany will c…
Post a Comment
Read more 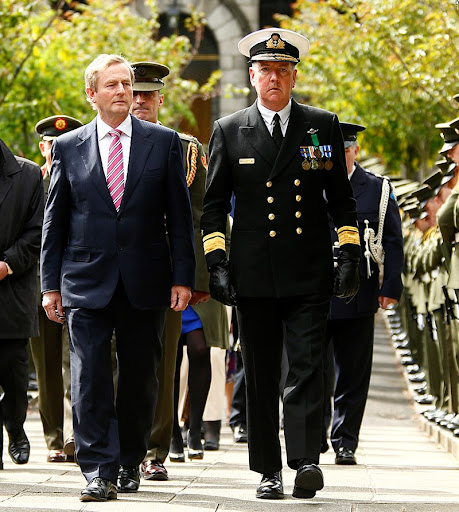 There are often good, valid reasons to criticise the two main unionist parties in Northern Ireland but they do not include occasions when they act consistently with basic principles of the Union. Unionists cannot possibly take part in an all-island ‘national conversation’ around Northern Ireland’s constitutional status. The most fundamental tenet of unionism is that we’re part of the UK state, not an Irish ‘nation’.
In the Irish Times, Newton Emerson covers the practical reasons why neither the DUP nor Ulster Unionists can attend the southern government’s Brexit forum. In short, this assembly has no authority and there are other, more appropriate avenues through which to discuss arrangements for the island of Ireland after the UK leaves the EU. The Good Friday Agreement set up north-south and east-west bodies, so that matters of common interest can be discussed without ignoring Northern Ireland’s constitutional position, or offending nationalists. Meanwhile, the government is designing …
Post a Comment
Read more 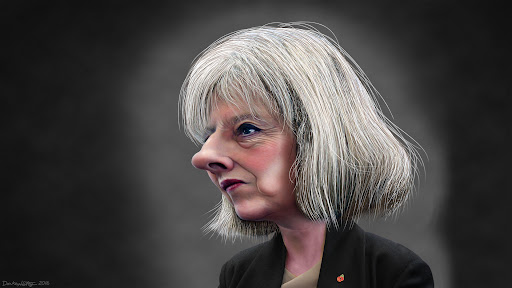 In her first leader’s speech at a Tory Conference, Theresa May tried to explain the type of Conservatism she hopes to practise.  Although her address was popular with many delegates and the Tories’ poll ratings soared, it attracted frenzied criticism from left-liberals, who interpreted the sections on immigration as reactionary, and economic liberals, who were alarmed by May’s talk of government intervening to control markets.

Previously, I wrote that the new prime minister was associated with ‘pragmatism’ rather than any particular political ideology.  Mrs May’s conference speech suggested that she thinks Conservatism is something more than a commitment to free markets.  Her call to remember “the good that government can do” and her derisive comments about the “libertarian right”, were seen by some members of her party as a direct attack on their beliefs.

So, alongside alongside claims that May’s policies amounted to fascism, there were equally inflated suggestions that she was advoca…
1 comment
Read more

There were just two days between Northern Ireland’s matches against San Marino and Germany.  Time enough for the BBC to turn into headline news a petty dispute about the Irish FA’s guest-list for the official opening of the National Football Stadium at Windsor Park.

This event took place before the San Marino game on Saturday night and included a ‘lap of legends’, with ‘some famous Northern Ireland faces’ walking round the pitch ‘accompanied by (special guests) from the football family’.  The IFA invited “well known fans”, like Carl Frampton, Jimmy Nesbitt, Gary Lightbody and others, but didn’t invite ‘Team Ireland’ Paralympians Jason Smyth and Michael McKillop.

This ‘story’ raises a few questions.  Why on earth did the BBC think it important enough to lead its television news in Northern Ireland?  What…
6 comments
Read more
More posts