Showing posts from November, 2011
Show All

Positive case for Britishness as well as the Union

November 22, 2011
You could be forgiven for missing the poll on Britishness contained in this month’s Prospect Magazine.  It’s buried in a series of articles about the UK’s involvement in the European Union.
Yougov found that people in England who identify primarily as British are less likely to want to leave the EU, while people who describe themselves first as English are much more likely to want immediate withdrawal.
It’s hardly a startling revelation that nationalism often coincides with euroscepticism.  More eye-catching is the break-down in the number of people who identify first as British / English.  This survey suggests that over 60% of people in England view themselves primarily as English rather than British.  That compares to just over 40%, as recently as 2008.
Again, you might say it’s hardly surprising in a post-devolution UK, with nationalist politics influential in Cardiff and dominating governments in Edinburgh and Belfast, that Britishness is being eroded.  The extent of that decl…
1 comment
Read more

November 16, 2011
The World Affairs Journal has published a nicely written article by James Kirchick, called ‘The Land of No Applause’.  It’s a sprawling account of modern Belarus and well worth reading.
The author quotes some startling statistics which suggest that popular disillusion with President Lukashenko is spreading and they lead him to the obvious question – why hasn’t a credible opposition emerged in Belarus?
It’s a little disappointing, but at this point Kirchick opts for a traditional answer.  He argues that a viable challenge to the President has not developed because Lukashenko has so effectively suppressed Belarusian national identity.  While that is a tidy enough explanation, I suspect it reflects only one aspect of a more complex situation.
The President took power in 1994, at a time when the politics of nationality were to the fore in Eastern Europe.  He judged that there was no similar appetite for a nationalist rewrite of identity in Belarus and, it must be said, he appears to ha…
Post a comment
Read more

November 09, 2011
The following is a guest post from itwassammymcnallywhatdoneit. I should point out that all views expressed in guest posts are solely the opinions of the author, and do not necessarily represent the views of Three Thousand Versts.


As economic crises rage across the Eurozone, it is still not clear whether we are witnessing the (relative) decline of Western Capitalism and the passing of the prosperity baton to the East (as the Olympic  baton goes in the opposite direction) or just the latest Western adjustment to the fallout from the financial crisis.
The Chinese, sitting pretty on trillions of dollars in foreign reserves responded to being tapped up by an indebted Eurozone by suggesting that "European labour laws induce sloth, indolence rather than hard work." and told the Europeans to get their act together before looking for their help. (The US of A, having recently had its credit rating downgraded was not invited to provide assistance, presumably to spare their blushes.) Last…
89 comments
Read more 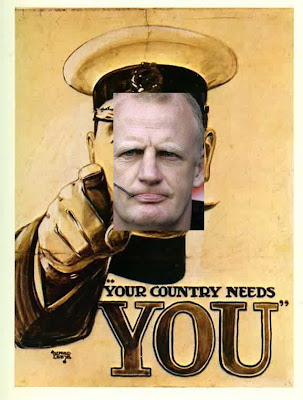 I was unsure of who I wanted to succeed Nigel Worthington as Northern Ireland manager, but my mind's now made up.  I give you Mr Iain Dowie esq. and his mission statement. "we need to get some passion back. We can't have players not turning up, then playing for their clubs at the weekend, and we have got to stop the trend of losing so many players to the Republic. If we can do that, anything is possible, as Billy Bingham showed in the 80s. We haven’t been to a major tournament since, and that is something that needs putting right. It's a tough group we are in for the next World Cup, but we really should be able to compete with teams like Israel. We will, if we can get back to making Windsor Park a difficult place to come to on a wet and windy night. That has to be the aim, and it is a realistic one." Well said Mr Dowie Sir!  There's been a lot of technocratic talk about the respective merits of various candidates' CVs.  Let's cut through the nonsense …
4 comments
Read more

November 04, 2011
Following Unison’s strike last month, Nipsa, which represents 45,000 workers across the public sector, is urging its membership to vote ‘yes’ in a ballot, aimed at bringing about industrial action.
Not only will any further stoppages bring widespread misery, but the vast majority of union members don’t want to strike.  Unison’s walkout was carried on a ballot of just 18% of its membership.
That’s hardly surprising.  Most employees join a union, simply expecting it to help them if they encounter a problem in the work place, while their leaders are sometimes driven by hard-line politics.
Where the latest batch of strikes is concerned, unions readily admit that they don’t know the details of public sector job losses which they say are in the pipeline.  Some of those potential redundancies could yet be avoided with a little flexibility where it comes to pay and conditions.  However their stock response is nothing to do with protecting jobs.  They just repeat, “you can’t cut your way ou…
2 comments
Read more
More posts