Showing posts from 2012
Show All

A Dabble on the Turner Prize

November 06, 2012
Over at The DabblerI share some thoughts on the contenders for this year's Turner Prize.  Not to give too much away, but I wasn't particularly impressed.
204 comments
Read more

September 11, 2012
Just a very quick pre-match comment on the progress of Michael O’Neill’s Northern Ireland.
The trip to Russia ended in disappointment, but not disgrace.  There were tentative signs that O’Neill is beginning to drill some organisation into his side defensively.
The team kept its shape quite effectively while the Russians played their fluid passing game and the best chances were created because of individual errors.  That said, Northern Ireland gave the ball away much too easily, and there were few signs of the clever, mobile offensive tactics which O’Neill wants to introduce.
2-0 was as good a result as the fans had a right to expect, especially since Russia’s second goal was a contentious penalty (although Cathcart’s challenge on Kokorin was clumsy).   They will demand more against Luxembourg tonight.
Under Nigel Worthington Northern Ireland failed to change their defensive game when they played weaker opponents, or to dominate possession.  O’Neill’s task this evening is to show that h…
3 comments
Read more

Michael O'Neill's tactical quandary ahead of trip to Russia

August 16, 2012
Northern Ireland’s home friendly matches are notoriously boring.  Therefore last night’s 3-3 draw against Finland, which not only saw plenty of goalmouth action but was also played at a reasonable tempo, is attracting descriptions like ‘thriller’ and ‘classic’.
Hardly - but in new manager Michael O’Neill’s 3rd game, it was nice to see his players finally score some goals.  Their previous two outings were 3-0 and 6-0 defeats against Norway and Holland.
Michael’s positive approach to the game, his openness with the press and his easy manner with players, are a refreshing change from his negative predecessor, Nigel Worthington.  Although O’Neill must already be acutely aware that he faces a difficult task to produce respectable results.  The Northern Ireland team he has inherited is rather short on quality, morale or ideas.
The new young manager wants to implement a fashionable, flexible tactical system nonetheless.  To dip into technical jargon, it is best described as 4-3-3, althoug…
74 comments
Read more

The Rodgers reign will require patience.

August 13, 2012
Am awful lot has changed since my last post about developments at Anfield.
Kenny Dalglish joined Daniel Comolli and others in being given the sack by Liverpool’s owners.  It was an unpopular decision with supporters, who were loyal to ‘King Kenny’ to the end.  A tortuous period of rumour and speculation followed, before Brendan Rodgers was prised away from Swansea City, becoming the 2nd youngest manager in Liverpool’s history.
The Carnlough man has impressed with his forthright press statements, and now that the season has officially started, he will get an opportunity to make improvements on the pitch.
It could be a slow process, but Liverpool fans (and the club's owners) must be patient.  Rodgers needs to be given a number of years to implement his system, barring all but the most unforeseeable disasters.
The manager has made two signings over the close season.  First to arrive was the young Italian striker, Fabio Borini.  He marked his competitive debut at Anfield by scorin…
1 comment
Read more 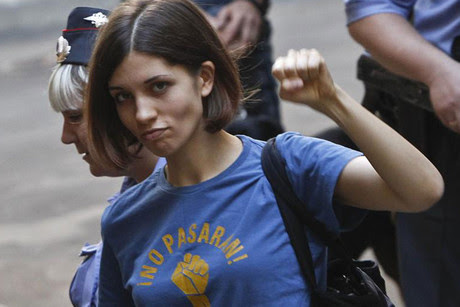 The British press, as a rule, covers Russia badly and the Pussy Riot trial is no exception.  In many of the articles which I’ve read, there is precious little distinction between reporting and comment.
Now, I would not for a minute suggest that the three young defendants should receive the three year prison sentence which prosecution lawyers are seeking, but the notions that the proceedings constitute a ‘show trial’, represent a return to Stalinism or are purely politically motivated don’t stand up to scrutiny.
Read Mercouris’s carefully researched post which looks at the legal issues and some of the lazy assumptions which have been reported persistently by newspapers in the UK.
The law in a particular country reflects quite properly the values of the society in which it operates.  If a protest were to desecrate a mosque in a devout Muslim country the punishment would most likely be severe.  International opinion would not be appalled.  If an anarchist collective performed a profane so…
3 comments
Read more

A Return to sense and sanity: a guest post by Dr Phil Larkin

June 08, 2012
Dr Phil Larkin returns to provide a thoughtful post on the rise of Sinn Fein in the Republic.

A RETURN TO SENSE AND SANITY: THE “RISE” OF SINN FEIN IN THE IRISH REPUBLIC

Every so often certain sections of the media, Irish and British, seem to “lose the run of themselves” in relation to a particular issue. For a sector of the Irish media (north and south of the border), the current cause for hysteria is the seemingly unstoppable rise of Sinn Fein within the body politic of the Irish Republic, a frenzy fuelled by the recent referendum campaign on the EU Fiscal Reform Treaty. If one were to believe all that has been written over the last few weeks, we would see Gerry Adams as alternatively the next Taoiseach or Irish President, Sinn Fein forming a majority in the Dail at the next election, holding all the cards to Ireland’s political future in their hands. Every utterance that a party figure makes is hailed by some as a piece of profound political wisdom, and there appears to be no limit…
654 comments
Read more

Dalglish has major rebuilding to do in the summer. 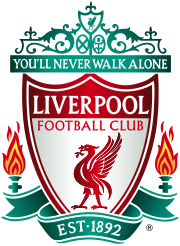 Another weekend, another home defeat for Liverpool Football Club.  This time Kenny Dalglish’s side managed to lose to West Bromwich Albion at Anfield - for the first time in 45 years.
Just weeks ago I had the misfortune to witness a similar capitulation to Wigan Athletic, but the WBA defeat stings a little more, because former manager, Roy Hodgson, is now in charge of the Baggies.
Liverpool’s owners, FSG, showed their unhappiness at the club’s progress over Easter week when a spate of sackings were announced.  The highest profile departure was Damien Comolli, the ‘director of football strategy’ who was charged with overseeing transfer policy.
It’s true that the Frenchman did a terrible job by any standards.  When Liverpool cashed in to the tune of £50 million, by selling Fernando Torres to Chelsea during last season’s transfer window, Comolli set about spending the loot with all the restraint and foresight of a drunken sailor.
Officials from Newcastle United were privately aston…
1 comment
Read more

The alternatives to Putin are not viable

February 24, 2012
With the Russian presidential election looming in just over a week's time, Vladimir Putin's supporters held a huge rally yesterday in Luzhniki Stadium, Moscow. Many newspaper reports went to a great deal of trouble to mock the event and question the credentials of its attendees.
However there is one detail which will tell you more about the upcoming poll than all the rather patronising commentary.
Among the banners which were carried by the crowd, the slogan in Russian ,”If not Putin, then whom?', was one of the more prominent.
Not a sign of resounding enthusiasm for the former President's return to office admittedly, certainly not an endorsement of Putin's decision to stand, rather than allow the incumbent, Dmitry Medvedev, his chance at another term in office. But still, a political truism which neither the protest movement in Russia nor its enthusiasts in the western media have countered.
The frustration of city dwellers in Moscow, St Petersburg and a few othe…
3 comments
Read more

January 19, 2012
A guest post by itwassammymcnallywhatdoneit, who looks forward to Ulster Rugby's weekend clash with Clermont.


The Heineken Cup.  If you’re Irish and a rugby fan - don’t you just love it?
Unlike the 6N where Ireland are generally less than the sum of their provincial parts with the Heineken Cup the provincial parts usually suggest a much better performing Irish team than we generally get to see. This year we have the full compliment of 4 provinces with Connacht qualifying for the first time.
Last week with Leinster and Munster both qualifying for the quarters finals it was Irish success as usual. But it was Ulster who were the real Irish heroes smashing Leicester 41-7 in what had been billed by most pundits as the tie of the round and for all the talk of Ulster’s foreign (South African) contingent Leicester had 10 overseas players in their squad and Ulster had only 5. Before the match those same pundits gave Ulster the edge – but ruled out a repeat drubbing for Leicester by anythi…
2 comments
Read more
More posts