Showing posts from December, 2015
Show All

Would a Sinn Fein election victory really be disastrous for unionism? 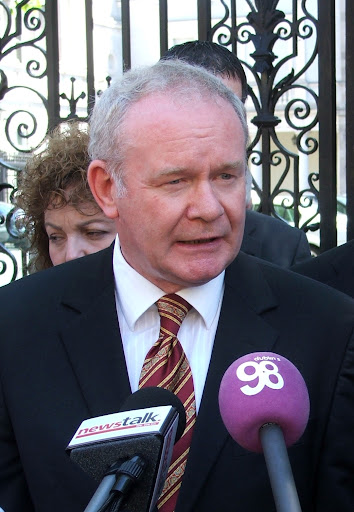 "Martin McGuinness 2009" by Jaqian - Own work. Licensed under CC BY-SA 3.0 via Wikimedia Commons.

The threat of Martin McGuinness as First Minister has trapped unionists in a self-destructive cycle.

The news from Stormont in 2015 was dominated by the DUP and Sinn Féin finally cobbling together a deal, but in 2016 preparations begin for an Assembly election.
The two parties concentrated on attacking their smaller rivals, after the announcement of the ‘Fresh Start’ document.   They talk up their shared achievements and claim they’ve taken hard decisions in order to make progress for people in Northern Ireland. However, the spirit of cooperation is unlikely to last very long, before we’re plunged into another bitter campaign, which will revolve around whether Sinn Féin becomes the largest party in the Assembly.
The threat of Martin McGuinness as Northern Ireland’s First Minister remains the Democratic Unionists’ electoral ‘trump card’.  After Peter Robinson’s retirement, Arle…
Post a comment
Read more The story of Northern Ireland’s violent past continues to be redrawn, as the republican movement seeks to cast the British state as an aggressor and campaigns to incriminate soldiers and policemen, while obscuring the deadly role played by the IRA and other terrorists.  It’s a process achieved by describing counter-terrorism and intelligence operations as ‘collusion’ and focussing on the proportionally small number of incidents during the Troubles perpetrated, or allegedly perpetrated, by members of the security forces.
In November, the DUP and Sinn Fein agreed the Fresh Start document at Stormont, following ten weeks of negotiations.  It became easy to forget, after all the ensuing self-congratulations, that the crisis which prompted those talks was created by the IRA’s suspected involvement in a murder and Sinn Fein’s links to its Army Council.
Some passages of the Fresh Start agreement addressed paramilitarism in Northern Ireland, committing resources to fight cross border crime a…
Post a comment
Read more
More posts